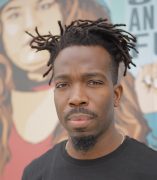 Founder and Executive Director of Equity and Transformation (EAT)

Richard Wallace is founder and executive director of Equity and Transformation (EAT), a Chicago-based group that works with formerly incarcerated citizens. He is a community organizer and the former Deputy Director of the Workers Center for Racial Justice. His work focuses on organizing black workers to confront the impact of economic disparities in housing, education, and employment. As a formerly incarcerated Chicago native, Wallace returned to his community to empower black workers.  He has organized campaigns to end discrimination and exploitation in the temp labor sector and led campaigns to end police violence in Black communities. He also led an inclusive procurement campaign at the Chicago Transit Authority. Wallace is a nationally recognized artist who goes by the name of “Epic” in Chicago’s rap trio BBU, which composed lyrics based on the writings of feminist bell hooks and others as a way to popularize progressive ideas. Wallace is also the Summit Executive of Men and Women in Prison Ministries, founder of the Roosevelt University student chapter of the Stop Mass Incarceration Network, and the co-founder of The Future of BENIN Program. Wallace is the past recipient of the Atlantic Fellows for Racial Equity international fellowship and the Soros Open Society Justice Fellowship. Wallace recently collaborated with Nik Theodore on the report “Survival Economies.”