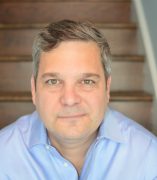 Professor and Head of the Department of Urban Planning and Policy, and Director of the Center for Urban Economic Development

Nik Theodore is Professor and Head of the Department of Urban Planning and Policy, as
well as the Director of the Center for Urban Economic Development, at the University of
Illinois at Chicago. Working in the fields of political economy, critical policy studies, and
labor studies, Dr. Theodore’s research focuses on neoliberal urbanism, the interscalar
dynamics of policy mobilities, and economic informality and the restructuring of
employment regimes. His research agenda is motivated by core commitments to
understand how processes of urbanization are remaking and entrenching social
inequalities, patterns of uneven development, and modes of political-economic
exclusion.

Dr. Theodore is co-author (with Jamie Peck) of Fast Policy: Experimental Statecraft at
the Thresholds of Neoliberalism (University of Minnesota Press, 2015), co-editor (with
Neil Brenner) of Spaces of Neoliberalism: Urban Restructuring in North America and
Western Europe (Blackwell, 2003), and author of more than 100 academic articles and
book chapters. Dr. Theodore’s research has been supported by grants from the Ford
Foundation, Rockefeller Foundation, Russell Sage Foundation, John D. and Catherine T.
MacArthur Foundation, and other national and local foundations. In addition to his
academic publications, Dr. Theodore’s research has been covered by the New York
Times, Washington Post, Chicago Tribune, Wall Street Journal, The Guardian, Los
Angeles Times, and other media outlets.