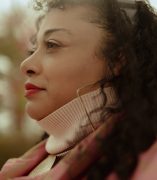 Aislinn Pulley is a co-executive director of the Chicago Torture Justice Center founded out of the historic 2015 reparations ordinance for survivors of Chicago police torture. Aislinn is also the cofounder of Black Lives Matter Chicago. She was an organizer with We Charge Genocide, a founding member of Insight Arts, a cultural non-profit that used art for social change, and a member of the performance ensemble, End of the Ladder. She is a founder of the young women’s performance ensemble dedicated to ending sexual assault, Visibility Now, as well as the founder and creator of urban youth magazine, Underground Philosophy.