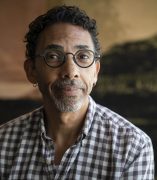 At the center of all his work is a focus on labor and on the ways people have struggled not only to survive, but to make a better world. Kelley is the Distinguished Professor and Gary B. Nash Endowed Chair in U.S. History and professor of African American studies at the University of California, Los Angeles. Kelley’s extensive academic career explores the history of social movements in the U.S., the African Diaspora, and Africa; Black intellectuals; music; visual culture; contemporary urban studies; historiography and historical theory; poverty studies and ethnography; colonialism/imperialism; organized labor; constructions of race; Surrealism, Marxism, nationalism, among other things.

Kelley is an award-winning author. Kelley’s books include Africa Speaks, America Answers: Modern Jazz in Revolutionary Times (2012); Thelonious Monk: The Life and Times of an American Original (2009), which received many awards, including the PEN Open Book Award from the PEN American Center, and was selected as one of the Top 100 books of 2009 by the New York Times Book Review; Freedom Dreams: The Black Radical Imagination (2002); Three Strikes: The Fighting Spirit of Labor's Last Century (2001), co-authored with Howard Zinn and Dana Frank; Yo’ Mama’s Disfunktional!: Fighting the Culture Wars in Urban America (1997), which was named ‘Outstanding Book on Human Rights’ 1997–98, by the Gustavus Myers Center for the Study of Human Rights; and Hammer and Hoe: Alabama Communists During the Great Depression (1990), which won the Elliot Rudwick Prize from Organization of American Historians, among other recognitions.