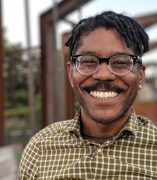 Executive Director for the US Federation of Worker Cooperatives

US Federation of Worker Cooperatives

Esteban Kelly is the Executive Director for the US Federation of Worker Cooperatives (USFWC) and is  a worker-owner and co-founder of AORTA (Anti-Oppression Resource & Training Alliance), a worker co-op  that builds capacity for social justice projects through intersectional training and consulting. In his 25  years of organizing, he has been a compassionate leader and visionary strategist who inspires organizers  by drawing on science fiction, social theory, and collective liberation.

Esteban infuses creative forces into solidarity economy, food sovereignty, and cooperative movements,  coalescing these sectors in his efforts to expand economic democracy– chiefly by using the cooperative  business model for community ownership and workers’ control. Esteban is a co-founder and former  board President of the cross-sector Philadelphia Area Cooperative Alliance (PACA). Internationally,  Esteban has advocated for workplace democracy through the ICA (International Cooperative Alliance)  and for land reform and other social movements from Canada to Brazil. In 2019 Esteban was elected to  the board of the international worker co-op federation known as CICOPA. He has been a board member  of the National Cooperative Business Association (NCBA–CLUSA) since 2011, which under their CLUSA  program, has developed cooperatives in dozens of countries on five continents for over 50 years.

After many years as a PhD student of Marxist Geographers at the CUNY Graduate Center, Esteban exited  academia (A.B.D), with a Masters in Anthropology. After graduate school Esteban worked at the New  Economy Coalition and has since become an advisor to the Institute for the Cooperative Digital Economy  and the independent musician-owned platform, Ampled. From 2009-2011, Esteban served as Vice  President of the USFWC, and a founding board member of the Democracy At Work Institute (DAWI) and  of the US Solidarity Economy Network. He is also a previous Director of Education & Training and Board  President of NASCO (North American Students for Cooperation) where he was inducted into their  Cooperative Hall of Fame in 2011. He served one term on the board of the Cooperative Development  Foundation (CDF) and has emceed their Cooperative Hall of Fame induction ceremony. He currently  serves as an advisor to the Institute for the Cooperative Digital Economy, to Beautiful Trouble- a global  network of artist-activist trainers, to Ampled- a musician owned cooperative platform, and to the policy  table and Alternatives Pod for the Movement for Black Lives.

Firmly rooted in West Philly, Esteban infuses popular education, systemic thinking, and anti-oppression  analysis into all of his local organizing and advocacy work. In 2018, Esteban won a Philadelphia Social  Innovation Award for Public Policy, the same year he helped get the Main Street Employee Ownership  Act passed by Congress. Esteban served two terms as a mayoral appointee and one year as co-chair of  the Philadelphia Food Policy Advisory Council. His appointment followed eight years as a worker-owner  at Mariposa Food Co-op, where he organized the grocery store's Food Justice and Anti-Racism working  group and its staff collective, expanding food access in West Philly. His leadership in abolitionist  frameworks of transformative justice stem from his 15 years of organizing with the Philly Stands Up  collective, partially documented in his contribution to anthologies like “Beyond Survival: Strategies and  Stories from the Transformative Justice Movement.” His writing also appears in “Revolting New York:  How 400 Years of Riot, Rebellion, Uprising, and Revolution Shaped a City,” and "When to Talk and When  to Fight: The Strategic Choice Between Dialogue and Resistance" (PM Press).